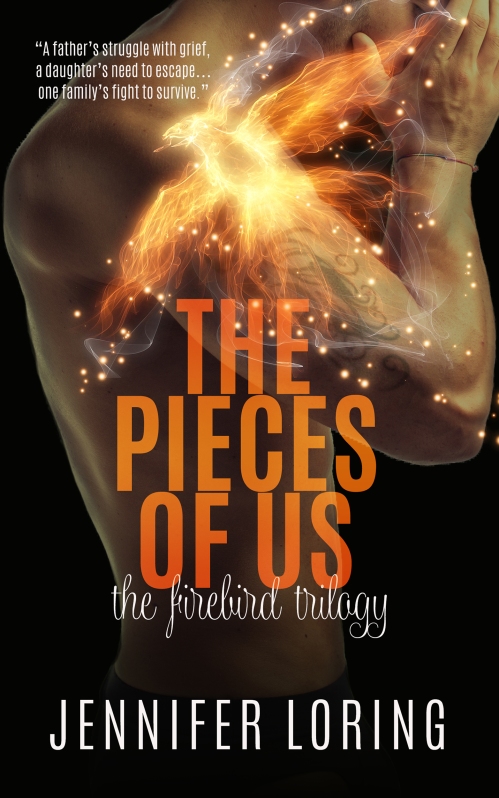 THE PIECES OF US by Jennifer Loring
The Firebird Trilogy #3
New Adult Sports Romance
Limitless Publishing, LLC
COVER DESIGNER: Wicked by Design
Aleksandr Volynsky thinks he’s experienced the worst life can throw at him, until the most devastating loss leaves him questioning everything…
One year later, Alex and his daughter, Anya, are still picking up the pieces. In the process, he realizes how far apart their mutual grief has driven them and how lonely he has become—especially when the Buffalo Gladiators’ beautiful anthemist, Hannah Kent, finally introduces herself.
Anya Volynsky is a high-school senior with plans—her father’s plans—to become the first woman on a professional hockey team’s starting roster…
But Anya is toying with the idea of staying in Buffalo and caring for her father rather than accept a scholarship to play hockey at Boston College. Her decision becomes even more difficult when she meets her school’s new athletic trainer, Lucas Donovan. Their experience with similar losses draws them together, and soon their friendship blossoms into a forbidden love that neither of them expected.
With lives torn apart by sorrow, Alex and Anya try to restore their bond, but it’s not that easy…
Alex’s attraction to Hannah keeps growing stronger, and he needs to decide if he’s ready to overcome his pain—but also if he’s willing to do it without Anya’s approval. Anya, on the other hand, is headed for trouble, and while Alex tries to do the right thing in order to protect her, all he manages to do is push her further away.
Can Alex and Anya find the courage to pick up the broken pieces of their lives, or will the heartache of the past ruin their chances at finding happiness again?

Jennifer Loring has been, among other things, a DJ, an insurance claims assistant, and an editor. Her short fiction has been published widely both online and in print; she has worked with Crystal Lake Publishing, DarkFuse, and Crowded Quarantine, among many others. Longer work most notably includes the contemporary/sports romance series The Firebird Trilogy and the psychological horror novella Conduits. She lives in Philadelphia, PA with her husband, their turtle, and two basset hounds. 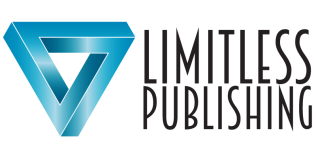 Jennifer Loring’s short fiction has appeared in the anthologies Tales from the Lake vols. 1 and 4, Nightscript IV, Dim Shores Presents Volume 2, and the Bram Stoker Award-nominated Not All Monsters and Arterial Bloom, among many others. She holds an MFA in Writing Popular Fiction with a concentration in horror fiction and is currently working toward a PhD in Interdisciplinary Studies - Humanities & Culture, focusing on queer possibility in fairy tales. Jenn lives in Philadelphia, PA, where she and her husband are owned by a turtle and two basset hounds. View more posts

This site uses Akismet to reduce spam. Learn how your comment data is processed.